Enter your registration and mileage to get a free valuation. Release the value of your vehicle.
Acceptance fee or option to purchase fee may apply. See full finance example below for more information.

The Ford Ranger has been ruthlessly tested in some of the most hostile environments, under extreme temperatures, and across the harshest terrain on earth.

The vehicle’s also been put to the test by some of the world’s most unforgiving judges, who voted the Ranger: International Pick-Up Award 2013. These leading motoring journalists were unanimous in their decision, giving Ranger more points than the combined total for both the second and third-placed vehicles.

See our latest offers on the Ford Ranger, including the Limited and Wildtrak models. For a personalised quote, contact us in branch and speak with one of our friendly team. 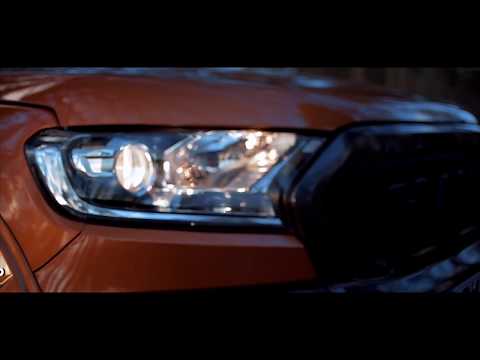 For a full specification list, or a personalised quote for each of the Model Series, contact us in branch today by phone or by completing an enquiry form.

This is the manufacturer's list specification for this model, please verify the details when you view the vehicle. The list below will not include any additional options fitted to the vehicle or modifications.

Terms and Conditions: Finance subject to status. Guarantees/Indemnities may be required. Freepost Ford Credit. Finance Facility fee (where applicable) is an additional charge for the supply of credit and is payable with the first installment. Purchase fee (where applicable) is payable with final payment if you wish to own the vehicle at the end of the agreement. All figures include VAT unless indicated otherwise.

New Ranger from £333 a month: Subject to finance. Business Users Only. Rates are valid until 31st December 2019, after which time prices may vary. Offers may be changed or withdrawn at any time with no notice.

Follow Birchwood
Careers Interested in working for Birchwood?
Back
Vehicle Valuation
Compare Saved Vehicles
Top
Close
Your Cookie Settings
Select your cookie settings
Strictly Necessary Strictly Necessary cookies are essential to let you move around the website and use its features, such as accessing secure areas, shopping baskets and online billing. These cookies allow our website to provide services at your request.
Performance Performance cookies collect information about how you use our website e.g. which pages you visit most often, and if you experience any error messages. They also allow us to update our website to improve performance and tailor it to your preferences. These cookies do not collect any information that could identify you - all the information collected is anonymous. They will not be used to target adverts to you on other websites.
Functional Functionality cookies are used to remember the choices you make, e.g. your user name, log in details and language preferences. They also remember any customisations you make to the website to give you enhanced, more personal features.
Targeting Targeting cookies collect information about your browsing habits to deliver adverts which are more relevant to you and your interests. They also measure the effectiveness of advertising campaigns.
Save Settings
Cancel Changes

Your settings will take affect when you refresh the page or move to a new page. Find out more about cookies