Ford Fiesta Remains on Top in 2016

Fiesta Continues to be most popular car in the UK

For many years, Ford's capable Fiesta has been the number one choice for UK drivers. It comes as no surprise that the car is currently the highest-selling model in Britain for 2016.

Back in 2014, the total number of Fiesta models sold in the UK reached more than four million. This meant it finally passed the Ford Escort as the best-selling car of all time. It is also the number one in Europe, showing the broad appeal Ford has across its many markets.

Last year’s record number of new car registrations – 2.6 million – included over 133,000 sales of Fiesta models. That figure made the vehicle the top seller for the year, marking seven consecutive victories for Ford. Production of the Fiesta at Ford's factory in Cologne had to be increased by around 300 models per day to meet customer demand. 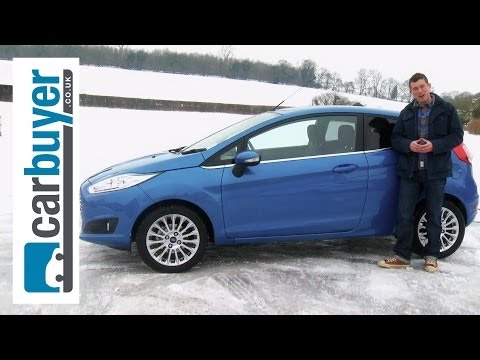 The car currently standing in Ford showrooms is the sixth generation of the Fiesta. It has led in the small car class for 27 of the 37 years it has been in production. There are plans to refresh the Fiesta at some point in 2017.

Expanding the range to include the Fiesta ST and upcoming ST-2 has also been a success for Ford. In the first year following the ST's launch, the car won 22 international awards. The ST-2 has already been named as a 2016 Car of the Year.

Figures released for 2016 new car sales to date show that the Fiesta is still leading the pack. A first-quarter summary by Auto Express gives a total figure of 12,860 new registrations for January and February alone.

There are many reasons for UK drivers to make the Ford Fiesta their new car of choice. It has identically high appeal for business and personal use. The Ford brand, while not originally British, has worked hard to become part of the UK's national identity. No car in the range represents that ethos more ably than the Fiesta. Reviews of the model praise the economical, reliable running, value for money and deceptive amount of interior space and convenience under the compact body.

It has earned both an impressive five-star safety rating from Euro NCAP and a wide range of industry awards. The Fiesta is a frequent 'Best Small Car' and 'Car of the Year'.

A 1.0-litre EcoBoost engine offered with the model is the choice of around 40 percent of new car customers. It is a Ford accomplishment in its own right, having been named 'International Engine of the Year' for four consecutive years.

Eagle-eyed readers of the Auto Express rankings will spot the Ford Focus at number four for 2016 so far. Close to 7,000 Focus cars have been sold in the first two months of this year.

The model is another flagship Ford, and it was placed second in 2014 behind the Fiesta and third in 2015. It was in fact the Focus that the Fiesta first overtook in becoming the top seller in the UK. The success of the Focus alongside the Fiesta shows that Ford does not need to rely on one model to satisfy drivers.

Join the hundreds of thousands of UK customers enjoying a new Ford Fiesta or Focus. At Birchwood Ford we also have a wide range of quality approved used Ford Fiestas for sale which offer the same fantastic looks not to mention the award winning EcoBoost technology. Take the cars for a test drive and place your order at Birchwood Ford. You can find us in Halland, Eastbourne and Hastings.