As Auto Express has reported, 2015 was a record year for new car sales in the UK. Close to 2.6 million vehicles were sold, according to figures from the Society of Motor Manufacturers and Traders (SMMT).

Ford models make several appearances on the top 10 list for 2015, with the Fiesta yet again coming in first. A total of 133,434 new Fiesta cars were registered in the UK during the year. Ford had to increase production of the model at their Cologne plant by 300 cars per day to keep up with demand.

The current model is the sixth-generation Fiesta, and another update is expected in 2017. 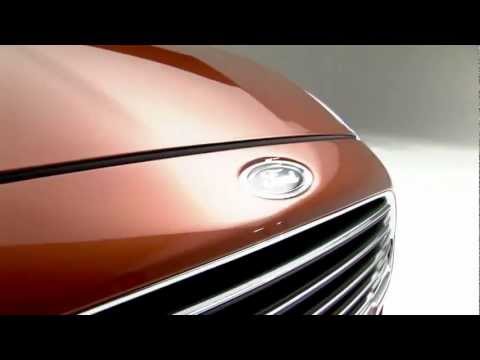 This is the seventh consecutive year in which the Ford Fiesta has topped the leader board. The car first reached number one in 2009 and has remained a consistent favourite. In the small car segment, it has stayed out in front for close to three decades.

In 2014, the Ford Fiesta officially became the UK's best-selling model of all time and number one in Europe. Over four million Fiesta cars have been sold since it first launched in 1976. The number is now even higher than the total for the classic Ford Escort.

Drivers consistently choose the Fiesta for reliable, economical running. It represents attractive value for those seeking a family car or a business vehicle. The Telegraph has described owning a Fiesta as a 'rite of passage', part of the UK's national identity.

The high safety standard that the model has upheld over several generations is just as big a draw. Euro NCAP has given the Fiesta five stars for safety. The Ford MyKey and SYNC with Emergency Assistance systems in the car were further singled out for Euro NCAP Advanced recognition.

Over the years, the hatchback has won a number of other national and global awards. In 2014 alone, it was What Car?'s Best Small Car, the Telegraph Motoring Awards’ Car of the Year, and the Best Supermini in the Auto Express Awards. As a fleet car, the Fiesta boasts many Fleet News Awards – as do the Focus and Mondeo. Six of the engines offered for the vehicle cut emissions to under 100g/km of CO2 including the award winning Ford EcoBoost engine which itself has won multiple consecutive awards.

The turbocharged 1.0-litre EcoBoost petrol engine available with the Fiesta has also been recognised, winning 'International Engine of the Year' four times in a row. It has received eight awards in just four years. More than 40 percent of customers choose the hatchback with this engine.

Launching the ST hot hatch version of the Fiesta has maintained Ford's lead. In the first year alone, the sporty Fiesta ST picked up 22 awards of its own. It has been succeeded by the ST-2, which is already the What Car? Best Hot Hatch for 2016.

It would be easy to assume that the Fiesta's accomplishments are unmatched. However, the Ford reputation for excellence applies to far more than just one car. The Ford Focus was placed third for 2015 overall and remains one of the manufacturer's flagship cars. The Focus is actually the model that the Fiesta overtook in the rankings. Being available with the EcoBoost engine certainly helps to boost the appeal of the Focus. In 2014, it came second only to the Fiesta in total annual sales.

The Ford Fiesta is also very popular within the used car market too as it offers the same fantastic styling, technology and engine options at a lower price, so even with a smaller budget the award winning Fiesta is still available. At Birchwood Ford we have a wide selection of used Ford Fiesta for sale.

Discover the road-going new Ford range at any Birchwood Ford location. In Halland, Hastings and Eastbourne, we provide cars including the luxury Ford Vignale range and the iconic Fiesta, Mondeo and Focus. Get in touch to book a test drive and find out more.